Each Day Is Special 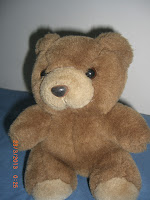 I had this habit since I was a child, if my memory serves me right I was about 12 years old when my very close friend had gifted me a bottle of perfume and a Teddy Bear ( typically girly !!! ). I used that perfume occasionally, and hence stayed with me for a long time, till the empty bottle got its way to the bin. I still have the Teddy bear (though it does not look the same J today, but emotional value it carries means a lot to me).

Till I met a friend (I mentioned her in my post Live Every Moment ) she changed the whole perception about things. She made me realize that the belief if I enjoy something now, I won’t be able to look forward to anything better in future is false. What it does is actually spoils the joy of present. Live in the moment that was her motto. That was the first time she made me, change my approach towards life.

As it is said that some habits are difficult to break and they really die hard, I still keep some things unused for those special times.

Sometimes a sad and traumatic situation makes a person stop and think again about their approach towards life. Something like that happened to me yet again.

My friend just left us for the heavenly aboard, and the other day I called up her family to check on how they were doing. (Loss which no one will ever be able to fill) which I am aware, support is the only thing that can be given at such moments.

Her husband who was trying his best not to break, but finally I guess the emotions took the front seat. He mentioned that on the funeral day when they were looking through my friends wardrobe, to decide as to what she will wear when they will put her to rest, he saw a  “ sari “ , which she had brought 6 months ago, but preserved it for her anniversary. He said to me, “I think this is it, don’t ever save anything for the special occasions, each day is special, each day you are alive is special.

The conversation came to end at that note, with tears at both the ends. My friend, who was fighting cancer, and was living her life as if it was her last day, had kept something for a special day. I think that was her hope, hope to live, and hope to be alive.

She taught me one more lesson, even while leaving this world. “Every day is special ".

That night, I lit the candle that had been on the center table as a showpiece collecting dust since years.

I slept with one thought that night, that when my journey on this earth ends, I want to shout and say… “Wow, what a ride I had in journey called life “